The Spirits of Africa Numerology Oracle is a distinctly unique deck that profiles the archetypical energies venerated throughout the African diaspora. Each card meticulously outlines the number symbology, iconography, and attributes commonly associated with the deity represented. Instead of personifying the spirits, we used common symbols, icons, and characteristic word associations based on the traditions from which the deities were derived.

During slavery, our ancestors were relegated to using non-native iconography out of fear of punishment. Later, they held on to this same fear once they gained their freedom. African spiritual systems had been all but desecrated in the Americas, the Caribbean Islands, and other regions inhabited by African people groups in the aftermath of slavery.

Throughout the diaspora, many of our ancestors continued their traditions under the cloak of Catholicism and Christianity. They disguised their deities as Catholic saints or used consecrated items like dolls, clothing, or scarves to summon the spirits of their fore-parents. They no longer had access to their hand-carved statues or the ability to make spirit pots or intricately woven masquerade costumes.

So, we decided to honor their legacy by restoring the tools of their spiritual warfare through an artful legacy. The Spirits of Africa Numerology Oracle pays homage to the icons of African traditions as maintained on the continent and adapted throughout the diaspora.

You can use this work of art in divination, spellcasting, meditation, visualization, and other spiritual work. Let your intuition be your guide.

THE SPIRITS OF AFRICA:

This numerology oracle is dedicated to the myriad of spirits venerated throughout the African diaspora. Historically, these energies have been associated with numbers and number sequences, which is why this deck is such a timely complement to the evolved spiritual practices of African people groups worldwide.

Africa is a diverse continent with many gods and goddesses that represent archetypical energies. This deck catalogs 44 spirits from areas as varied as Benin, the Congo, Egypt, Ghana, Haiti, Nigeria, South Africa, South America, etc. But, the Spirits of Africa are essentially enumerable. As such, this deck captures the fundamental essence of the ancient, universal energies that have empowered African people worldwide from time immortal.

Numbers are messengers or oracles that convey the deep, dark mysteries of the universe. They often show up in auspicious and repetitive ways to send us vital information from our ancestors, spirit guides, astral mates, etc. They are a form of synchronicity that our spiritual team uses to communicate with us.

This messaging system has been used for millennia and is viewed with high regard by spiritual traditionalists worldwide. Every culture has its own meaning and interpretation of numbers. However, numbers generally carry the same universal vibe.

Numbers are neither good nor bad. They simply are what they are – oracles or messengers. The same number can be a fortuitous sign of good luck and prosperity. Yet, it can also be an ominous warning of impending problems or challenges. The ultimate meaning and interpretation of a number lives within you.

Numbers are the guiding oracle messages in the Spirits of Africa Numerology Oracle deck. This thoughtfully designed work of art was conceptualized to help you connect with numbers as a form of spiritual communication. As you interact with these oracle messages, you will find the answers you need to live a more productive and successful life.

Dr. Asanee Brogan of Asanee Coaching Services conceptualized this oracle deck with the hopes of providing culturally-relevant, modern-day divination tools to the African diaspora. As a practitioner of two African spiritual systems, Asanee is a visionary who endeavors to create and publish spiritual tools and resources for those of us who have lost access to and knowledge of our native traditions. Also, Asanee is a diviner, author, educator, mentor, and spiritual coach, among many other things.

Graphic designer Ritchy Thermidor has breathed life into this project through his unique and exemplary skills and the good vibes he infuses into his creative endeavors. Ritchy is a Haitian national and practitioner of Haitian Vodou. He currently resides in the Dominican Republic, where he operates and manages his graphic design business, Emograf.

In 2021, Ritchy launched the Ginen Store – a creative endeavor that integrates his artistic flair with his love of Vodou culture. Asanee diligently works alongside him to educate and inform others about the beauty of the Vodou tradition.

This project was birthed out of the desire to showcase the many and varied spirits embraced within African spiritual systems. For hundreds of years, these deities have been suppressed due to religious and racial superiority. Our goal is to reimagine the luster and beauty of African spirits in a world that has long forgotten the power and majesty of indigenous African spiritual practices.

There are a total of 44 (3.5×5 inch) cards in this deck. It is packaged in a tuck box. Card stock finish options have not been selected at this time. Also, note that the back of the card in all marketing materials is for illustrative purposes only. The final back design for the cards has not been approved yet. This information will be updated as it becomes available. 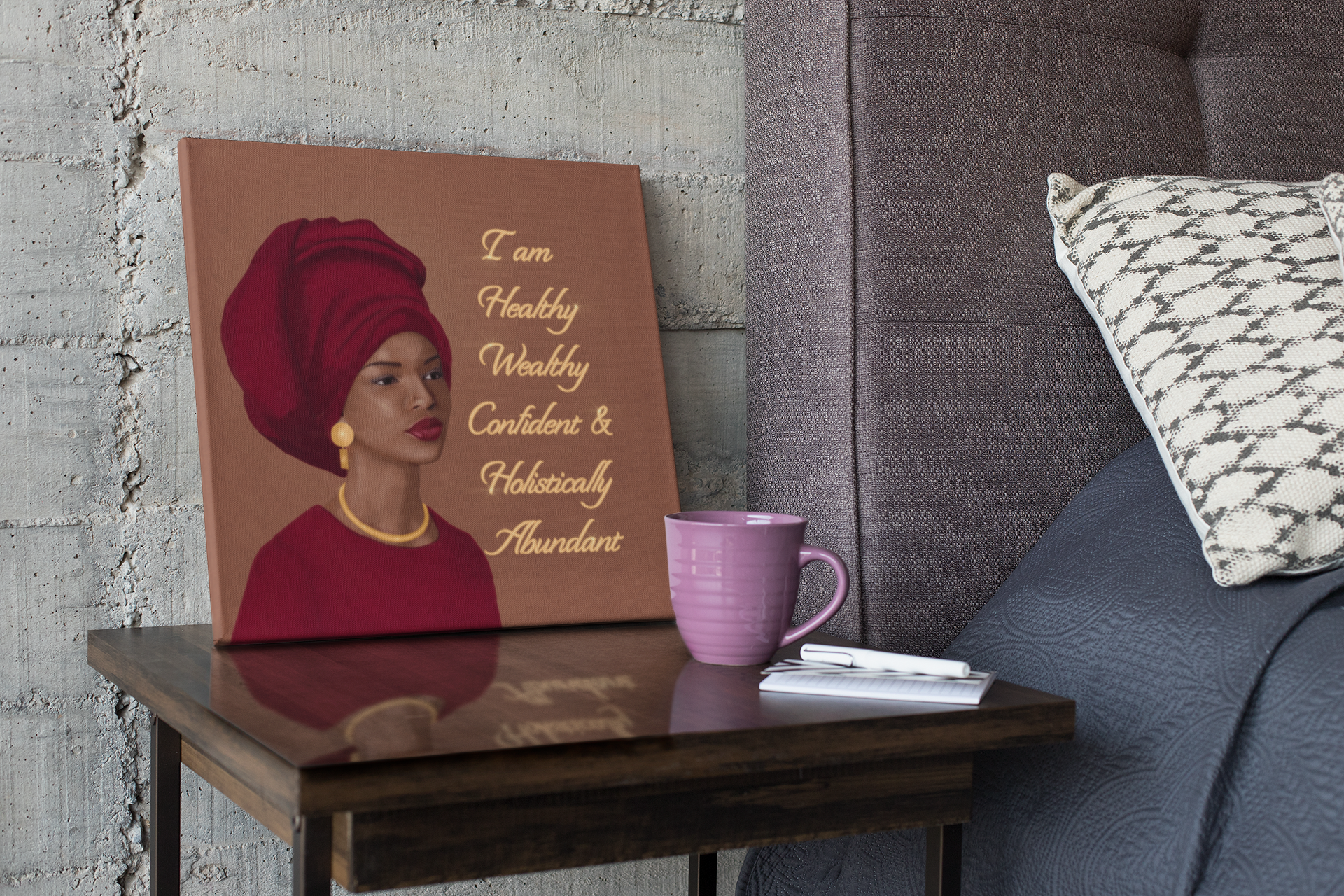