Dr. Asanee Brogan is an experienced life coach, consultant, writer, and professor. She has worked and lived in many regions throughout the world, inclusive of West Africa, the Middle East, Europe, Southeast Asia, and the Caribbean Islands.

Asanee Coaching Services was founded by Dr. Asanee’s desire to empower individuals from underrepresented communities to effectively make and manage money. Dr. Asanee currently serves as the Principal Coach and CEO of Asanee Coaching Services. She and her staff offer a variety of services and resources through this organization, inclusive of business, career, financial, and spiritual coaching.

Dr. Asanee grew up in a small rural town in the state of Georgia. She was raised in a working-class African American family where she often watched her parents struggle to make ends meet. Because of this they consistently instilled the value of pursuing higher education in their children.

After finishing high school, Asanee started her college career about two hours away from home. She later successfully completed three college degrees inclusive of a bachelor, master, and doctorate. She later completed various coaching certifications including:

Asanee worked for a number of years in higher education as a program director at a local technical college. During that time she also started doing freelance work as an education consultant. She enjoyed this work so much that she opened an education consulting firm. She developed a team of talented staff and was able to secure many contracts for her firm. She also wrote and published books during this period. She maintained this successful business entity for over six years until she experienced a major career transition.

The turning point of Asanee’s career was in 2008 when she was invited to work as a project coordinator in West Africa. This experience opened her eyes to the global plight of people throughout the African diaspora. It gave her a new understanding of what equity and social justice truly mean. She saw extreme poverty in a mineral-rich, yet economically-deprived nation that was beyond anything that she had ever seen.

She was heartbroken and yet inspired at the same time. It was beyond disheartening to see people living in such dire conditions. Yet, it was simultaneously encouraging to see a strong, courageous, and diligent community force at work. Though most people didn’t have much, they shared what they had with each other.

During this time Dr. Asanee continued to serve as an education consultant for a few colleges and universities in the region. This opportunity brought her in contact with many interesting and intriguing people. However, a few years later she left this nation for a new expat adventure in the United Arab Emirates (UAE).

Her experience in the UAE was in stark contrast to that of West Africa. Upon entering the country, she immediately encountered opulent hotels and restaurants, state-of-the-art universities, and lavish shopping malls. This dualistic dynamic made her face the reality of the world that she lived in – the deep and disturbing chasm between the “haves” and the “have nots”.

It was then that she decided to bring three young adults that she had met in West Africa to the UAE. Her goal was to assist them with finding gainful employment to make a better life for themselves and their families. She brought them to the UAE at different times over the course of a year.

Asanee helped the young men and women format their resumes and prepared them to conduct job interviews. Fortunately, two of them were able to secure employment in the UAE. However, one of them had to return home just before his visa expired because he was unable to find a job.

Though he was disappointed, he was very grateful for the opportunity to experience something different. That trip inspired him to start up a small business in his country upon his return home. Dr. Asanee assisted him with his efforts by guiding him through the start-up process and serving as his venture capitalist.

After spending three years in the UAE as a professor and freelance consultant, Dr. Asanee transitioned to Qatar. She once again assumed the role of a program director for two years. After a series of combined social and personal events, Asanee and her family decided to return to the U.S.

Since transitioning back to the U.S., Dr. Asanee has gained a deep and sincere passion for exposing disenfranchised populations to better economic opportunities, particularly in entrepreneur, expat, and spiritual spaces. She feels that business ownership and travel can provide a major impetus for leveling the playing field for disadvantaged communities.

Exposure to the international community has the propensity to inform us about the overreaching burden that inequality and injustice have imposed upon those from underprivileged backgrounds.

Her experience working with people from very diverse cultures has given her first-hand knowledge on how vital it is to approach economic equity from a global perspective. She understands that in order for individuals from socioeconomically disadvantaged communities to prevail in the modern world, they must be just as intellectually savvy, ingenious, and industrious as their more privileged counterparts. Relying on foreign aid is not enough.

People within such communities must be encouraged and empowered to build, unite, and strengthen their own communities.

Likewise, individuals from more privileged societies can learn a great deal about conservation, perseverance, and innovation from their less-privileged counterparts. Sharing of such information can be achieved more efficiently when we have knowledge of and access to global best practices that teach us how to develop salient and sustainable societies. This awareness has equipped and emboldened her to prepare individuals to pursue equitable economic opportunities.

A little over a year after returning to the U.S., Asanee decided to resume her role as a full-fledged entrepreneur so that she could do just that. Asanee already had experience in life coaching through her career as an educator and entrepreneur. She had also learned a great deal about financial management over the years as an active investor. In order to grow a successful coaching business, she started to attend more workshops, classes, and seminars about these topics.

As a result of her diligent efforts, Asanee 44 LLC was born. The name Asanee was bestowed upon this dynamic young lady by a West African shaman. The name Asanee means victorious warrior – but not just any warrior. It is indicative of a determined warrior who fights against all odds and prevails. The number 44 represents passion, drive, stability, and establishing solid foundations for self and others.

Asanee Coaching Services was subsequently filed as a trade name under Asanee 44 LLC. This was done to mobilize and conceptualize her coaching services into a separate and distinct entity. Through this trade name Dr. Asanee currently provides coaching services to clients.

Dr. Asanee uses a proportion of her profits to provide employment and apprenticeship opportunities to underrepresented individuals throughout the world. She also owns a pharmacy in West Africa that employs a 100% African workforce. She is also in the process of planning the development of a college in East Africa.

She is passionate about collaborating with organizations that cater to underrepresented populations. She is particularly interested in helping the following populations: 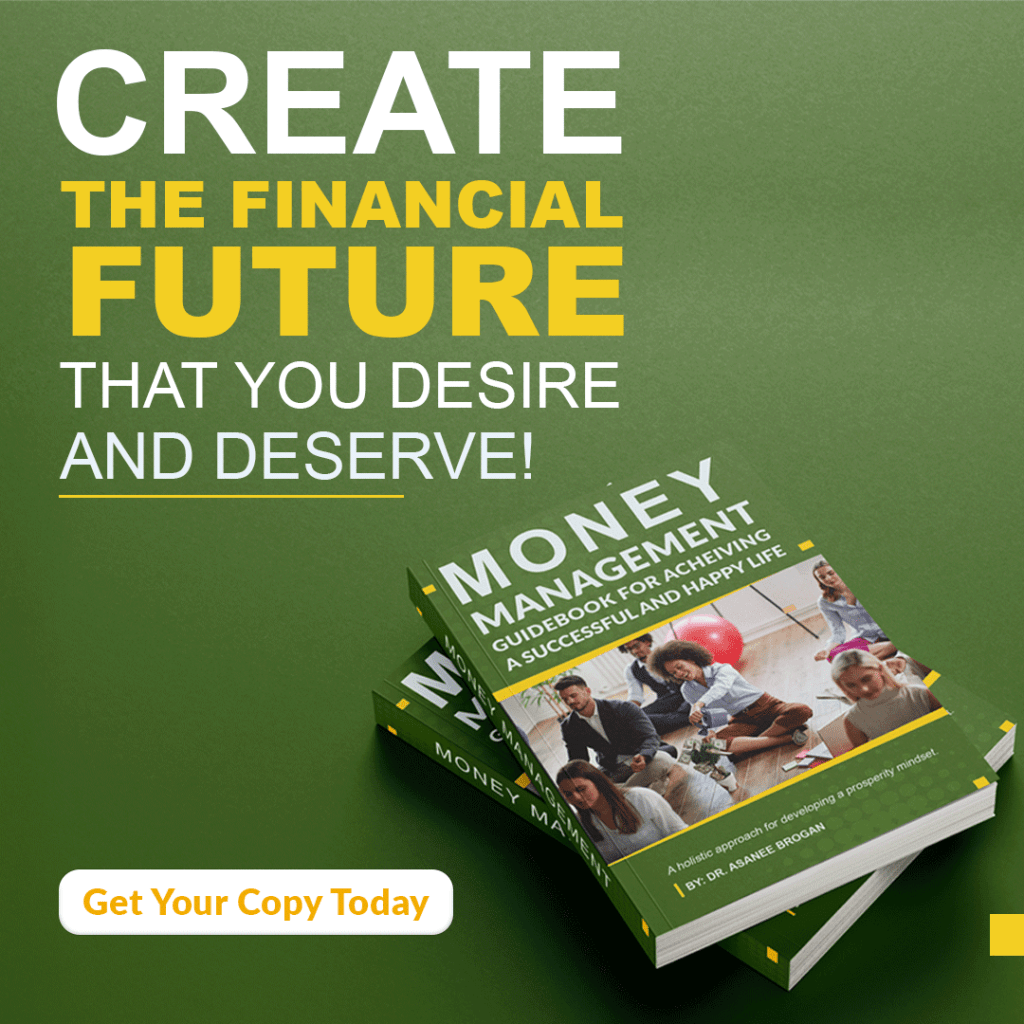