African spirituality has experienced a major resurgence throughout the African diaspora in recent years. While it is still considered taboo to some it is growing in popularity among others, particularly among millennials. In fact, there appears to be a growing trend of people from all walks of life returning to their traditional spiritual practices.

Millennials and younger generations are much less apprehensive about embracing the spirituality of their forefathers. This is in sharp contrast to previous generations who empathically shunned African spiritual systems and its derivatives. These systems were misconstrued as forms of witchcraft or black magic primarily because of the influence of European thought. But now more people throughout the African diaspora are starting to leave mainstream religious systems in favor of African spirituality.

I think that this shift is occurring as part of a global socio-spiritual awakening. Many refer to this phenomenon as the Age of Aquarius. Regardless of the title, there are definitely events that have been occurring on a global scale that indicate a shift in our collective consciousness.

In order for these changes to occur there had to be some form of catalyst or uprising. In the case of increased intertest, conversion, and reversion to African spirituality there are many factors that have spawned this shift. According to my research and experiences, these dynamics include discontentment, the need for healing, decolonization, and social trends.

Like many others, people throughout the African diaspora have become disillusioned with the unfilled promises of Christianity and other religions. In their longing to witness the return of a savior, people are starting to become anxious, impatient, and discontent. Many people have simply lost hope in the possibility of this occurring in their lifetime or at all.

Above and beyond waiting for a rapture, people want to see change in their day-to-day lives. African diaspora youths have watched their parents and grandparents suffer from the strongholds of slavery and its aftermath. They have seen their parents and grandparents struggle to survive while clinging to a savior-god who doesn’t appear to be concerned about their hardships. Nor does this savior-god seem to care about the global struggles of the African diaspora.

Many of them have become despondent with the status quo. They want to see change and few believe that this change will be initiated by a long-awaited savior. So, they are searching for answers and many are finding the answers they seek in traditional African spiritual systems. A number of people who return to their traditions are beginning to experience peace and gain power, which is one reason for the increased growth of African spirituality.

Many people throughout the African diaspora are suffering from insurmountable maladies. They have physical, mental, emotional, spiritual, social, and financial issues that modern-day healing modalities can’t seem to properly address. African and African diaspora spiritual systems like hoodoo, Haitian voodoo, Ifa, and others have historically been known to be beneficial at treating such maladies.

This is why many people are turning to African spiritualty as an effective alternative to western religious, healthcare, and economic systems, etc. Individuals throughout the African diaspora are beginning to wake up to the mystical wisdom that their fore-parents possessed. Even other groups of people are seeking help from African spiritual systems for the same reason.

They are realizing that western modalities are not curative, instead they simply cover up symptoms to underlying problems. Conversely, African spirituality has provided effective, permanent solutions to many of the ills faced by people throughout the diaspora. And in turn, it has helped improve their overall well-being.

This socio-spiritual awakening is traversing all aspects of society as people are looking for ways to decolonize from European thought. The black conscious community began to realize this shift in the early 2000’s with the second wave of the natural hair movement. This led to many women and men embracing natural hairstyles such as afros, dreadlocks, twists, etc. These hairstyles had been historically frowned upon in westernized societies because they embody the essence of black power and cultural pride.

As such movements continue, the black conscious community likewise continues to grow and gain in momentum. This group has started making tremendous waves in religious and spiritual decolonization as well. Many individuals from this group are waking people up to the reality of spiritual colonization. They are exposing the insidious role of religions like Christianity and Islam in the enslavement and colonization of black people throughout the world.

Such individuals want nothing to do with what they consider to be the “slave-master’s religion”. Many from these groups are turning to African spirituality as a means of honoring their ancestral heritage and decolonizing from religious superiority. A number of them have found comfort and solace in returning to their roots and culture for these very reasons.

As with all things in society, trends play an overwhelming role in societal shifts. In modern times, the journeys, lessons, and knowledge of those who have chosen to embrace African spirituality is being cataloged through social media. As more spiritually-curious individuals see this trend introduced through social media, more of them have started embracing African spirituality as well.

However, not everyone involved in this movement will wholeheartedly adopt African spirituality as a way of life. There are many onlookers who will only engage with African spiritual systems from the periphery.

A number of people may read a few articles or books about the topic, others may attend services in African spiritual circles, and some may even seek out divination services. However, overall everyone who engages with African spirituality will not be life-long adherents to such systems.

And that’s okay. Speaking as an African American devotee of two African spiritual systems, I know that African spirituality is not for everyone. I believe that people should be led by their intuition. This may mean fully embracing African spirituality for a moderate few, only observing it for some, or being totally repulsed by it for others. Either way, the journey for those who chose to embrace this path will continue.

Asanee 44 has proudly teamed up with Ginen, a Haitian-based spiritual botanica, to offer Haitian vodou divination. This collaboration serves as an extension of our spiritually-based coaching services. 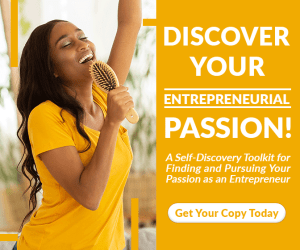